The latest update for Battlefield 2042 is now live across all platforms. Electronic Arts and DICE announced within the past day that they would be pushing out the game's 4.0 patch in the early hours of the morning on Tuesday. Now, that update is available to download and it brings a ton of adjustments to the multiplayer shooter.

Likely the most notable new feature in this Battlefield 2042 update comes with the addition of voice chat. It took roughly six months for this feature to finally come to the game, but those in-game will now be able to more easily communicate with one another.

Outside of this addition, Battlefield 2042 has also received a ton of balance changes and bug fixes. The vast majority of patch 4.0 for the game is dedicated to refining many aspects of the game that players have had a problem with since releasing in late 2021. Whether or not these fixes end up bringing back players is something we'll have to wait and see, but it continues the process of bringing Battlefield 2042 to a more enjoyable state.

If you would like to see every minute change that has been included in this new Battlefield 2042 patch, you can find the full patch notes down below. 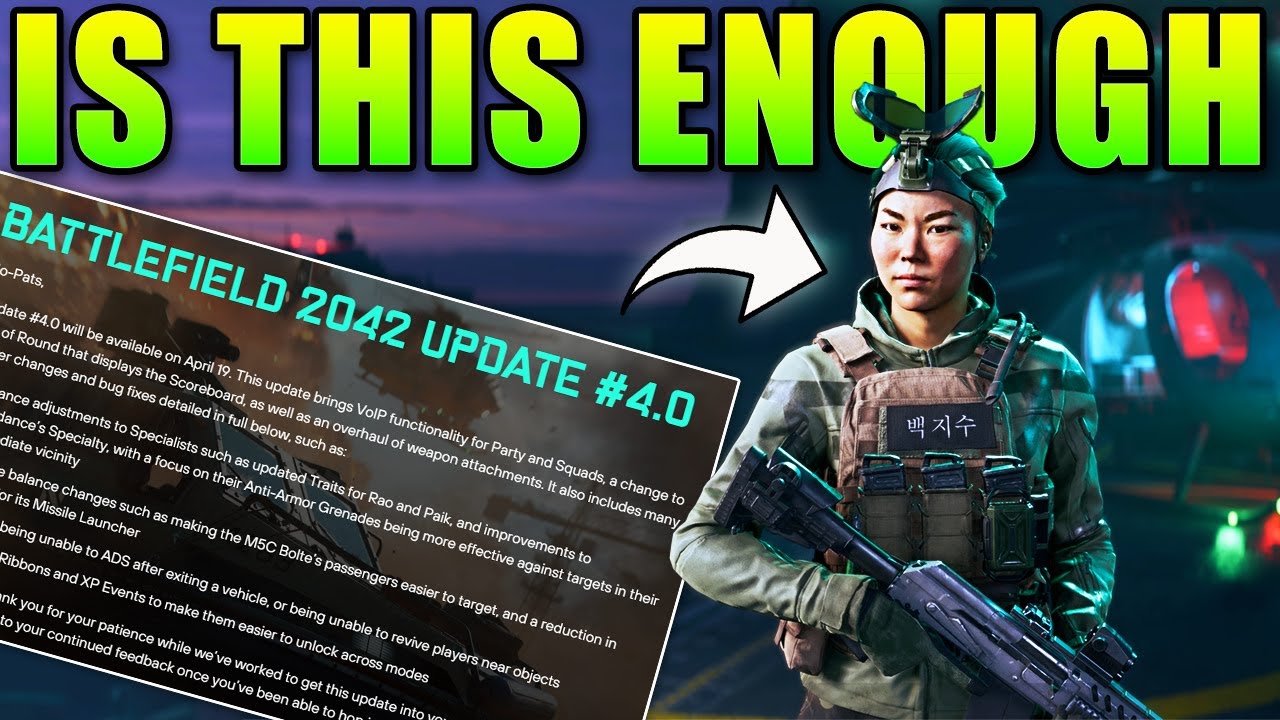